Rehab following knee surgery is preventing Roger Federer from lighting up the ATP Tour at the moment, but it is not stopping the 103-time tour-level titlist from delivering off the court.

In his role as President of the Roger Federer Foundation, the Swiss this week visited Malawi to show his support for efforts being made to provide some of the most vulnerable children in the African nation with access to formal education.

The 40-year-old met children, caregivers, teachers, and parents involved with the School Readiness Programme, an initiative launched in 2020 by his foundation in partnership with local organisations. The programme is currently working with 900 community-based childcare centres, helping them collaborate with local stakeholders to push for improved access to formal early education for children living in poverty in the nation of nearly 20 million people.

The long-term goal of the School Readiness Programme is to reach 2,500 community-based childcare centres in Malawi by 2026.

Federer also met with the Malawian government’s Minister of Gender, Community Development and Social Services to officially hand over 3,000 “early-learning kiosks”, which are tablets with pre-loaded apps, tools and guides designed to help caregivers improve participation in organised learning.

“Wonderful to see that we are having a real impact on the ground with the @rogerfederer.foundation,” Federer wrote on Instagram. “Access to quality early education is crucial as it is the foundation of all learning. I am so happy I made my way to Malawi.” 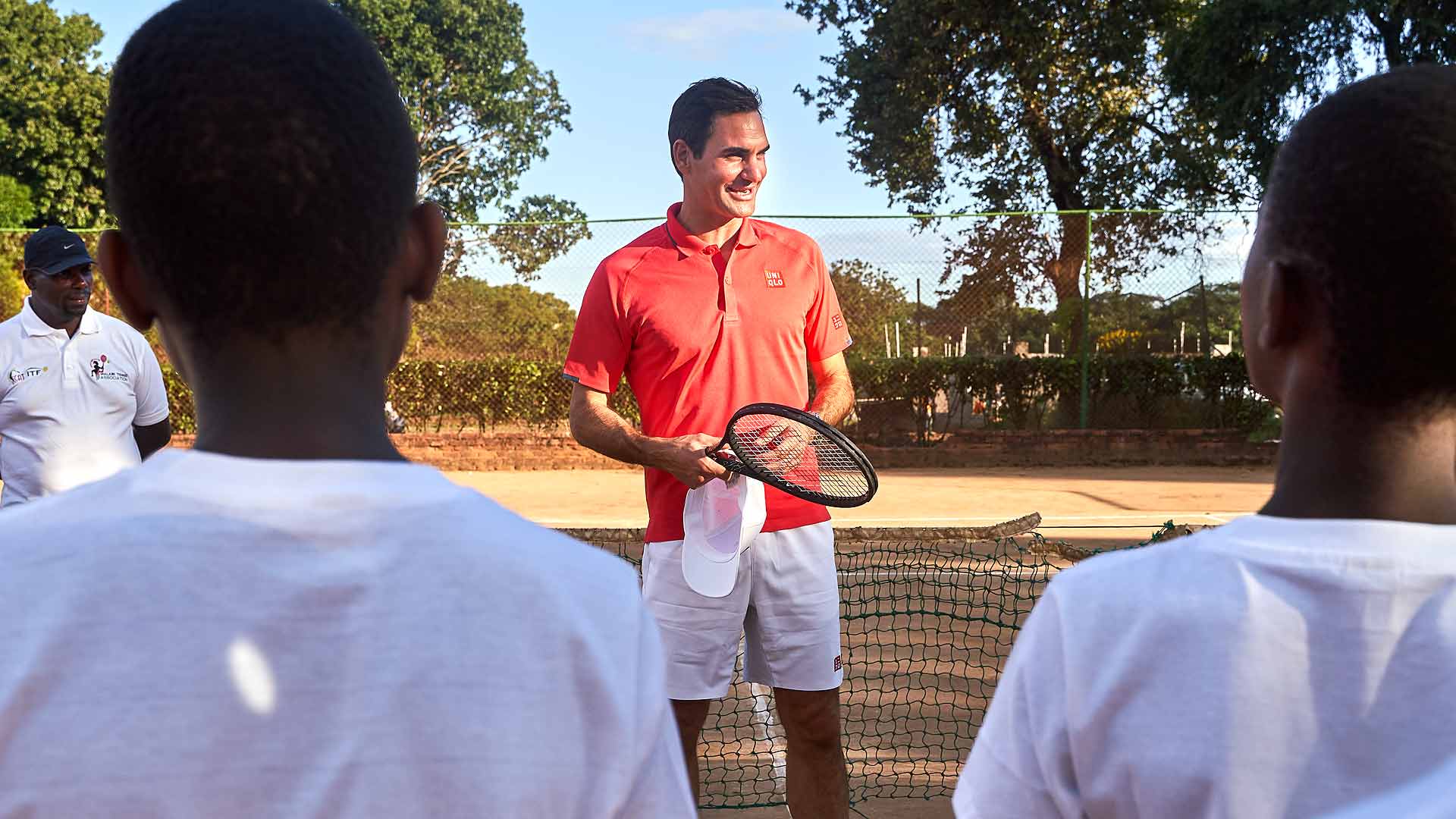 Did You Know?
The Roger Federer Foundation, founded in 2003, aims to support educational projects in southern Africa and Switzerland. It has impacted the lives of more than 1.98 million children, with School Readiness Programmes also being implemented in Lesotho, Namibia, Zambia, Zimbabwe and South Africa. The Foundation has been working in Malawi since 2011 and has since invested $18 million into educational projects in the country.

Federer was named the Arthur Ashe Humanitarian of the Year in the ATP Awards in 2006 and 2013.

– All photos courtesy of the Roger Federer Foundation by Jens Honoré